Planning a trip to Reunion Island

Reunion Island is a tropical island combining many tourist attractions. There are a wide variety of activities there. It is an island that is both seaside and also culturally exotic. Sports enthusiasts can also benefit from the many activities in the river, in the mountains. Running and hiking afficionados will love it all with exceptional views of the atypical landscape of Reunion Island. 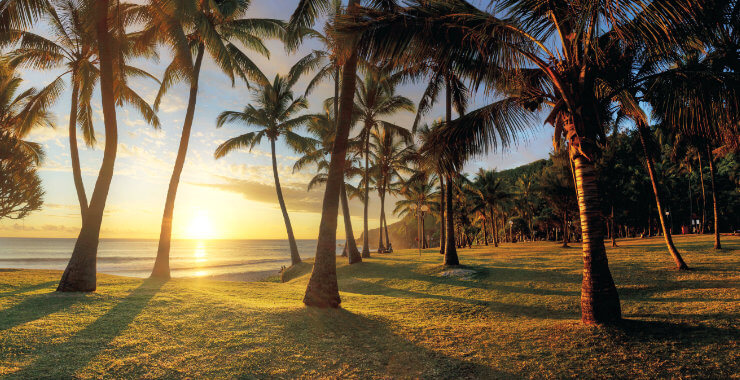 This island is plenty of assets for a successful journey. Its location makes it one of a kind French Overseas Department.

The name suits the Reunion Island. It’s a combination of cultures (African, Indian, Chinese and from Metropolitan France) and a numerous landscapes gathering created by the several climates, the hilly landscape (the highest point of the Indian Ocean) and the seaside landscape (beaches and lagoons).Its distance is not an obstacle.

The trip during the night with few time difference is ideal to begin the program from the first day.The hours in the plane will be quick forgotten thanks to the welcome quality, the accommodation comfort, the magnificent landscape and the wide range of activities. 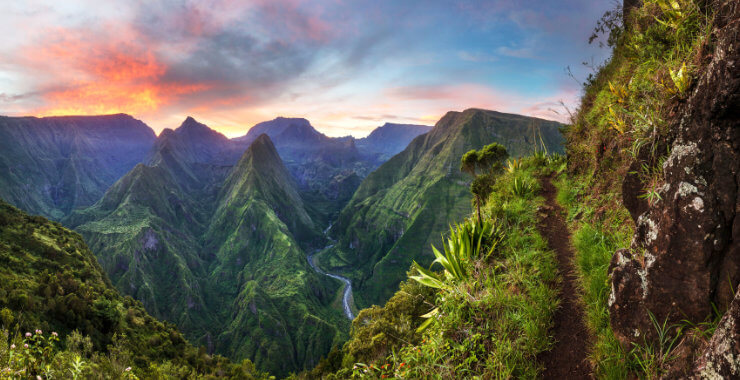 How to explain the success of this island? By its cirques, peaks, ramparts and its 500 km of hiking trails. The landscape is varied: on the same day, you can go through the lush rainforest to a moonscape without any vegetation.

The background of Salazie and Cilaos, Plain palm can also be added to this list as buffer zones. The protected area represents mostly the National Park, namely 40% (105 km2) of the area of the island. 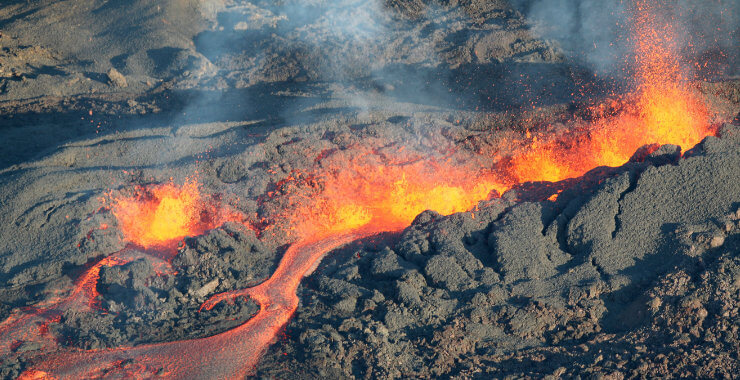 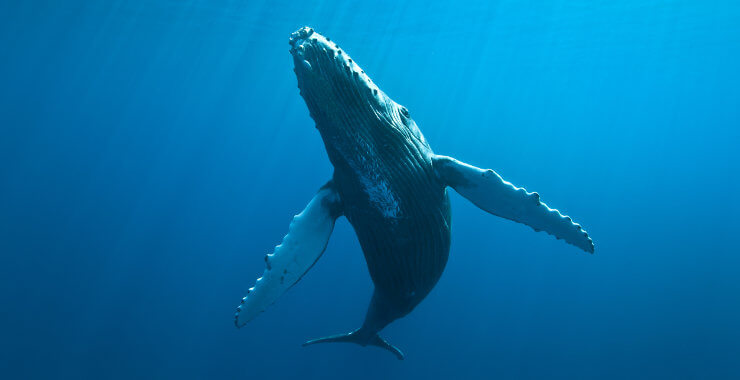 The colonization and the import and spread of more than 1,500 species of exotic plants have put in jeopardy the flora of this island. However, a recent protecting policy helps to protect the original vegetation of the island remaining in the forests. Reunion is a hot spot of biodiversity identified by the International Union for Conservation of Nature (IUCN).

Reunion Island has a native and endemic fauna. The few specific and remarkable animals of this island have disappeared, as the “Solitaire de Bourbon” and the endemic parrots. Despite the steep relief that protects the habitat of local wildlife from urbanization, a large number of insects, birds, reptiles, and small mammals is in jeopardy. 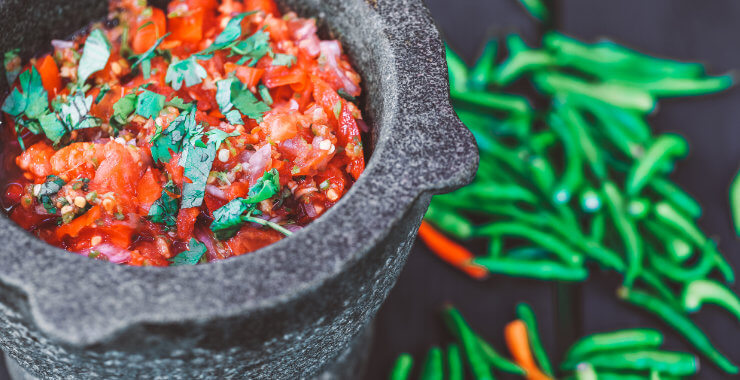 The food is mainly made out of rice, beans, cari and rougail, that were previously cooked on a wood fire, but today « more traditional » means are used.

However, you can still find even kitchen fire since the food tastes better. 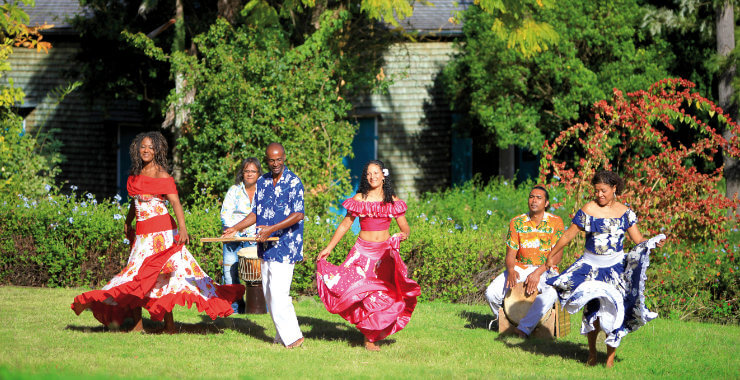 Empty when the Westerners discovered it, the island is now a mix of original population, a true Métis cocktail of cultural wealth and lifestyle Creole and has 830,000 inhabitants.

The largest community is the Creole (40%), descendants of the oldest established family on the island. The other communities are from the Indian subcontinent, China or Africa, or from mainland France. 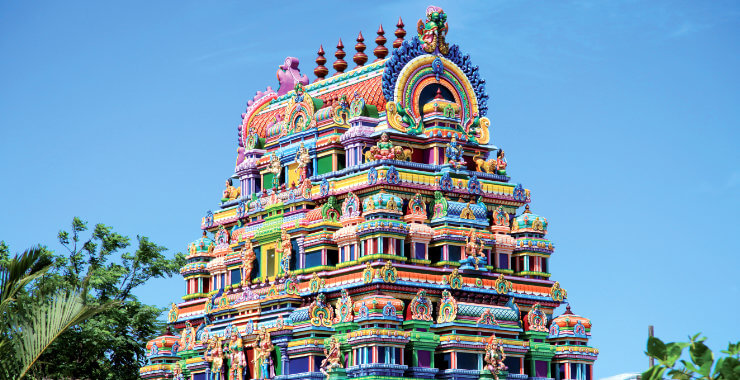 Reunion, as its name suggests, is a mosaic of all cultures living in harmony.
They make this island an unusual place full of cultural and culinary richness. During the same walk, you will discover a pagoda, a mosque, a Tamil temple or a church. 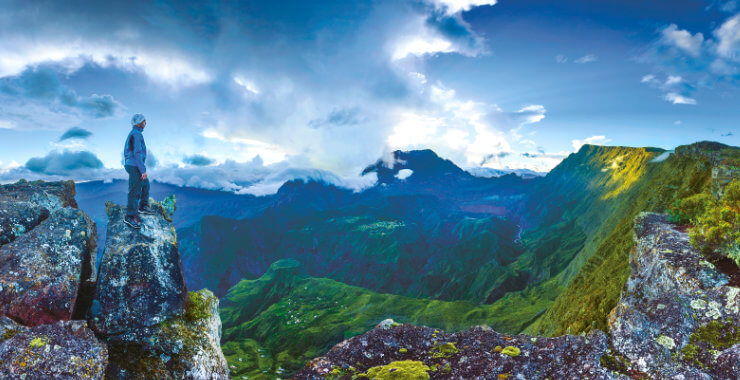 Reunion has a tropical climate softens by the trade winds. Each year is divided into two seasons: the dry and cool season lasts from May to October and from June to August, there is a ‘winter « that has only the name, except in the heights.

This is the perfect time for walking and hiking. From November to April, there is the hot and humid season that is responsible of two-thirds of annual rainfall, which explains how beautiful the waterfalls are during this season. 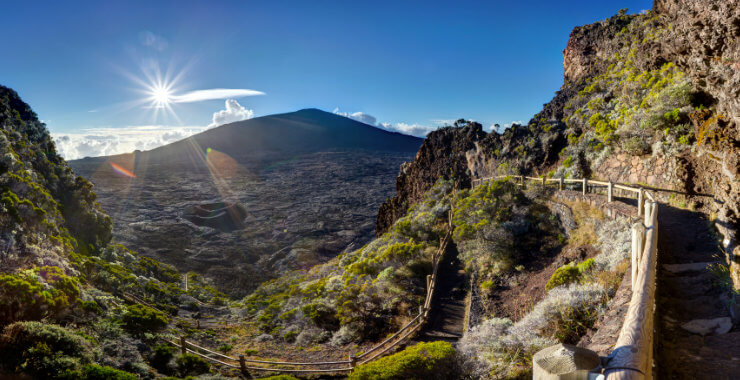 Reunion is a French small tropical island. Born 3 million years ago, this 2512 square meters island was shaped by the mountains and volcanoes:

thanks to the Piton de la Fournaise, it continues to grow steadily. The second volcano, that is not active anymore is the Piton des neiges, the highest point of the island at 3069 m. Three large cirques were eroded: Salazie, Mafate and Cilaos.

Located in the Indian Ocean at 55 °3 east longitude and 21°5 South latitude, above the Tropic of Capricorn, Reunion island is 210 km away from Mauritius, 800 km from Madagascar and 9300 km from Paris. Its capital is Saint-Denis and the main languages are French and Creole. 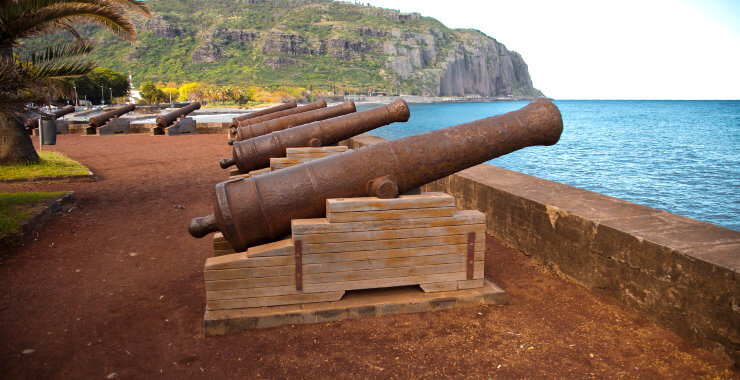 Reunion Island has a very recent history. The Arabs discovered it on the 11th century but thought it wasn’t worth it since the island was too difficult to access.During the colonization, the Westerners conquered this island time after time, starting from the 17th century. Reunion culture comes essentially from slaves who populated the island and from the melting pot that came from this population.

The result is music like Sega or Maloya and a spoken language called the Creole, from the mix of many countries...

The economy is based mainly on public investment, provider growth. 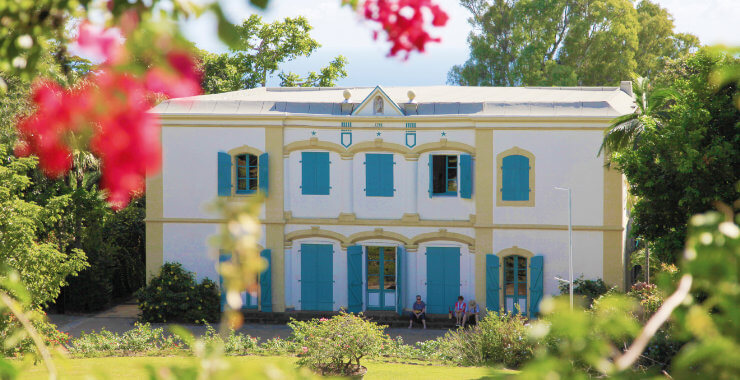